David Dill: Why Online Voting Is a Danger to Democracy 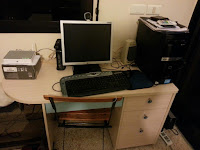 Stanford Report (06/03/16) Ian Chipman In an interview, Stanford University professor and Verified Voting Foundation founder David Dill says computer scientists and security experts almost universally agree online voting is a threat to democracy. "Computers are very complicated things and there's no way with any reasonable amount of resources that you can guarantee that the software and hardware are bug-free and that they haven't been maliciously attacked," Dill warns. "The problems are growing in complexity faster than the methods to keep up with them." Dill contends the opportunity for hacking online voting systems is much broader compared to touchscreen voting, in part because neither voters nor election officials would see signs of tampering due to the secret ballot. Dill also notes the ability to rig an election is much harder with current paper-based voting systems, in comparison to touchscreen or online voting. Just as worrying to him are the many people and organizations that would benefit from election fraud, which range from political zealots to organized crime to adversarial nation-states. "If you have an election system where fraud can be committed and...that fraud is undetectable, then you don't really have a reason to trust the outcome of the election," Dill notes. He says Verified Voting is working to raise both the public and lawmakers' awareness of the dangers of online voting so they can make educated decisions.