There can be no doubt that Ubuntu has made shock waves around the world since its first release in 2004 (although their first Long Term Support release was not made until 2006).

It has quickly gained huge market share in the Linux desktop arena, but how has it fared in the commercial space?

When it comes to the commercial sector, there’s no question that Red Hat is the king. Canonical might not be deliberately setting out to challenge Red Hat with their new support offerings, but they are now competing in the same space. So with this latest move from Canonical, could the crown be possibly up for grabs? 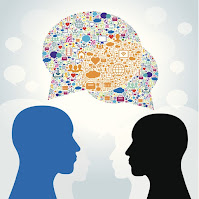